Georg C. Lictenberg
(1742—1799), German writer, Aphorisms
Nothing is more conducive to peace of mind than not having any opinion at all.

Georg G. Lichtenberg
(1742—1799), German writer
If all mankind were suddenly to practice honesty, many thousands of people would be sure to starve.

Gerald F. Lieberman
If you don't think women are explosive, try dropping one. 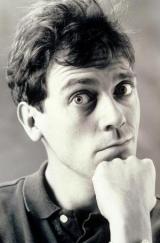 "People choose the paths that grant them the greatest rewards for the least amount of effort."

James Russell Lowell
(1819—1891), US poet
Whatever you may be sure of, be sure of this--that you are dreadfully like other people.


Jay Leno
(1950--)
US comedian & television host
The reason there are two senators for each state is so that one can be the designated driver.

Jay Leno
(1950--)
U.S. comictalk show host
If God wanted us to vote, he would have given us candidates.

Jay Leno
(1950--)
U.S. talk show host/comedian
I've never understood why women love cats. Cats are independent, they don't listen, they don't come in when you call, they like to stay out all night, and when they're home they like to be left alone and sleep. In  […]

Jay Leno
(1950--) U.S. comic and talk show host
For the first time in history, sex is more dangerous than the cigarette afterward.