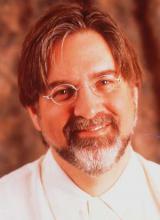 When authorities warn you of the sinfulness of sex, there is an important lesson to be learned. Do not have sex with the authorities.

Adrienne E. Gusoff
U.S. humorgreeting card writer
I have often depended on the blindness of strangers.

Adrienne Gusoff
U.S. humorgreeting card writer
Shopping is better than sex. If you're not satisfied after shopping you can make an exchange for something you really like.

Anne Gibbons
U.S. cartoonist
Nature abhors a vacuum and so do I.

Arnold H. Glasow
Laughter is a tranquilizer with no side effects.


Arnold H. Glasow
Telling a teenager the facts of life is like giving a fish a bath.

Arthur Godfrey
(1903—1983)
U.S. radioTV broadcaster
I'm proud to pay taxes in the United States; the only thing is, I could be just as proud for half the money.

attributed to Samuel Goldwyn
(1884—1974)
U.S. film maker
Anyone who goes to a psychiatrist ought to have his head examined.

attributed to Samuel Goldwyn
(1884—1974)
U.S. movie producer
This book has too much plot and not enough story.