Dr. Judith Kuriansky
Remember, when they have a tantrum, don't have one of your own.

F. M. Knowles, A Cheerful Yearbook
Marriage is a lottery, but you can't tear up your ticket if you lose.

Fletcher Knebel
(1903--)
U.S.historiannovelist
It is now proven, beyond a doubt, that smoking is a leading cause of statistics.

Fletcher Knebel
(Charles Waldo Bailey, really)
(1903--)
U.S. historiannovelist
It is now proved beyond a shadow of a doubt that smoking is one of the leading causes of statistics.


Flo Kennedy
(1916—2000), political activist
A woman without a man is like a fish without a bicycle.

Flo Kennedy
(1916—2000), political activist
Any woman who still thinks marriage is a fifty-fifty proposition is only proving that she doesn't understand either men or percentages. 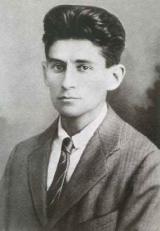 21 English Accent within 3 Minutes
Listen to these brilliant self introductions in 21 English accents.
come to a dead end
[come to a dead end] {v. phr.} To reach a point from which one cannot proceed further, either because of a physical obstacle  […]
ease off
[ease off] or [ease up] {v.} To make or become less nervous; relax; work easier. * /When the boss realized that John had  […]
in a pickle
[in a pickle] {adv. phr.}, {informal} In a quandary; in a difficult situation. * /I was certainly in a pickle when my front  […]
come up smelling like a rose
[come up smelling like a rose] {v. phr.} To escape from a difficult situation or misdeed unscathed or without punishment. *  […]
see eye to eye
[see eye to eye] {v. phr.} To agree fully; hold exactly the same opinion. * /Though we did not usually agree, we saw eye to  […]
Noelie Altito
The shortest distance between two points is under construction.