take lying down
[take lying down]  {v. phr.}
To accept something without defense or protest.
If you take such insults lying down, you will only encourage more of the same.

take note of
[take note of] or [take notice of]  {v. phr.}
1. To look carefully at; pay close attention to; observe well.
A detective is trained to take note of people and things.
2. To notice and act in response; pay attention.
* /Two boys were talking  […]

take oath
[take oath]  {v. phr.}
To promise to tell the truth or to do some task honestly, calling on God or some person or thing as a witness.
Mary took her oath that she did not steal the watch.
* /John took oath that he would fill the office of president  […] 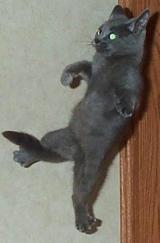 
take off one's hands
[take off one's hands]  {v. phr.}
1. To abdicate one's responsibility of a person or matter.
"I am herewith taking my hand off your affairs," Lou's father said. "See how you succeed on your own."
2. To buy; relieve someone of something.
* /He  […]

an expression "whose meaning is not predictable from the usual meanings of its constituent elements… or from the general grammatical rules of a language"
Recent updates
Paul Beatty
(1962--) U.S. poet If all the world's a stage, I want to operate the trap door.
Percussive Maintenance
[Percussive Maintenance] The fine art of whacking the crap out of an electronic device to get it to work again.
Idioms to Learn Today
Learn/refresh your knowledge against this set!Then check yourself by running flashcard test by definitions or by descriptions.
book
[book] See: [CLOSED BOOK], [CLOSE THE BOOKS], [HIT THE BOOKS], [KEEP BOOKS], [NOSE IN A BOOK], [ONE FOR THE BOOKS],  […]
take root
[take root] {v. phr.} 1. To form roots so as to be able to live and grow. * /We hope the transplanted apple trees will take  […]