magic carpet
[magic carpet]  {n.}
1. A rug said to be able to transport a person through the air to any place he wishes.
The caliph of Baghdad flew on his magic carpet to Arabia.
2. Any form of transportation that is comfortable and easy enough to seem magical.  […]

maiden voyage
[maiden voyage]  {n. phr.}
The first voyage of a boat.
The Titanic sank on her maiden voyage to America from England.

mail order
[mail order]  {n. phr.}
A purchase made by mail.
If you don't have a chance to go to a store, you can sometimes make a purchase by mail order.


main drag
[main drag]  {n.},  {colloquial}
1. The most important street or thoroughfare in a town.
Lincoln Avenue is the main drag of our town.
2. The street where the dope pushers and the prostitutes are.
* /Wells Street is the main drag of Chicago,  […] 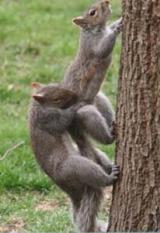 [main squeeze]  {n.},  {slang}
1. The top ranking person in an organization or in a neighborhood; an important person, such as one's boss.
Mr. Bronchard is the main squeeze in this office.
2. The top person in charge of an illegal operation,  […]

an expression "whose meaning is not predictable from the usual meanings of its constituent elements… or from the general grammatical rules of a language"
Recent updates
makeup
[makeup] {n.} (stress on "make") 1. Cosmetics. * /All the actors and actresses put on a lot of makeup./ 2. Attributive  […]
on one's account
[on one's account] {adv. phr.} For your good; because you want to help or please someone. * /Barry studied hard on his  […]
Albert Einstein
The only real valuable thing is intuition.
English for Children
Here are the top channels for children to learn English carefully selected on Youtube:
Evert Jan Ouweneel
Abstract thought: increasing sight by decreasing instances.
Idioms containing double to learn
Reading / Flashcard learning set.Learn / refresh your knowledge against the set, then examine yourself by running flashcard  […]
call the roll
[call the roll] {v. phr.} To read out the names on a certain list, usually in alphabetical order. * /The sergeant called the  […]
still waters run deep
[still waters run deep] Quiet people probably are profound thinkers. - A proverb. * /He doesn't say much, but he sure looks  […]