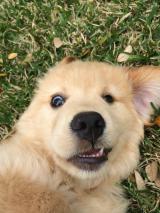 [lead a dog's life]  {v. phr.},  {informal}
To live a hard life, work hard, and be treated unkindly.
A new college student of long ago led a dog's life.

lead by the nose
[lead by the nose]  {v. phr.},  {informal}
To have full control of; make or persuade (someone) to do anything whatever.
Many people are easily influenced and a smart politician can lead them by the nose.
* /Don't let anyone lead you by the nose; use  […]

lead off
[lead off]  {v.}
To begin; start; open.
Richardson led off the inning with a double.
We always let Henry lead off.
Mr. Jones led off with the jack of diamonds.
* /When the teacher asked if the film helped them to understand, Phil led off  […]

lead on
[lead on]  {v. phr.}
To encourage you to believe something untrue or mistaken.
Tom led us on to believe that he was a world traveler, but we found out that he had never been outside our state.
* /We were led on to think that Jeanne and Jim were  […]


lead the way
[lead the way]  {v. phr.}
To go before and show how to go somewhere; guide.
The boys need someone to lead the way on their hike.
The men hired an Indian to lead the way to the Pueblo ruins.
* /That school led the way in finding methods to  […]

an expression "whose meaning is not predictable from the usual meanings of its constituent elements… or from the general grammatical rules of a language"
Recent updates
lose face
[lose face] {v.} To be embarrassed or shamed by an error or failure; lose dignity, influence or reputation; lose self-respect  […]
stone-cold
[stone-cold] {adj.} Having no warmth; completely cold. - Used to describe things that are better when warm. * /The boys who  […]
Harry S. Truman
(1884-1972) U.S. President Never kick a fresh cow pie on a hot day.
Grammar
Lessons on grammar