cheer on
[cheer on]  {v. phr.}
To vociferously encourage a person or a team during a sports event.
The spectators at the stadium cheered on their home team. 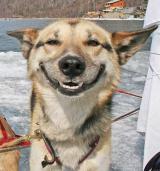 [cheer up]  {v.}
1. To feel happy; stop being sad or discouraged; become hopeful, joyous, or glad.
Jones was sad at losing the business, but he cheered up at the sight of his daughter.
Cheer up! The worst is over.
2. To make cheerful or happy.  […]

cheesebox
[cheesebox]  {n.},  {slang}
A small, suburban house built by a land developer available at low cost and resembling the other houses around it.
They moved to a suburb, but their house is just a cheesebox. 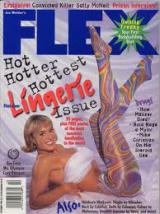 [cheesecake]  {n.},  {slang},  {informal}
A showing of the legs of an attractive woman or a display of her breasts as in certain magazines known as [cheesecake magazines].
Photographer to model: "Give us some cheesecake in that pose!"

cherry farm
[cherry farm]  {n.},  {slang}
A correctional institution of minimal security where the inmates, mostly first offenders, work as farmhands.
Joe got a light sentence and was sent to a cherry farm for six months.

chew out
[chew out]  {v.},  {slang}
To scold roughly.
The boy's father chewed him out for staying up late.
The coach chews out lazy players.
Syn.:
[BAWL OUT],
[CALL ON THE CARPET],
[HAUL OVER THE COALS].

chew the fat
[chew the fat] or [chew the rag]  {v. phr.},  {slang}
To talk together in an idle, friendly fashion; chat.
We used to meet after work, and chew the fat over coffee and doughnuts.
* /The old man would chew the rag for hours with anyone who would join  […]

an expression "whose meaning is not predictable from the usual meanings of its constituent elements… or from the general grammatical rules of a language"
Recent updates
local yokel
[local yokel] {n.}, {slang}, {citizen's band radio jargon} City police officer, as opposed to state police or highway patrol.  […]
out of the picture
[out of the picture] {adv. phr.} No longer a possibility or in the running; rejected. * /Mark assured Carol that his ex-wife  […]
Albert Einstein
The secret to creativity is knowing how to hide your sources.
see better days
[see better days] {v. phr.} 1. To enjoy a better or happier life. * /Mr. Smith is poor now, but he will see better days./  […]
Zenna Schaffer
Give a man a fish and he has food for a day; teach him how to fish and you can get rid of him of the entire weekend.
YGM
[YGM] "You've got mail"
in one's tracks
[in one's tracks] {adv. phr.}, {informal} 1. Just where one is at the moment; abruptly; immediately. * /The hunter's rifle  […]
That's the story of my life...
[That's the story of my life...] Usually spoken when something goes wrong. * /I spent seven years writing a novel, but no  […]