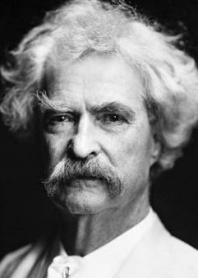 an expression "whose meaning is not predictable from the usual meanings of its constituent elements… or from the general grammatical rules of a language"
Recent updates
all right for you
[all right for you] {interj.} I'm finished with you! That ends it between you and me! - Used by children. * /All right for  […]
got a thing going
[got a thing going] {v. phr.}, {slang}, {informal} To be engaged in a pleasurable or profitable activity with someone else as a  […]
Friedrich Nietzche
(1884-1900), German philospher The thought of suicide is a great comfort. It's helped me through many a bad night.
Josh Billings
(1818-1885) U.S. humorist A dog is the only thing on this earth that loves you more than you love yourself.

The History of English
The history of English in 10 minutes by The Open University. Enjoy the 10 short amusing lessons.
control tower
[control tower] {n.} A tower with large windows and a good view of an airport so that the traffic of airplanes can be seen and  […]
go along
[go along] {v.} 1. To move along; continue. * /Uncle Bill made up the story as he went along./ Compare: [GO ON] (1). 2. To  […]