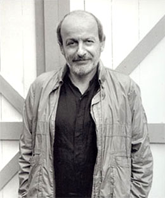 Named for Edgar Allan Poe, Edgar Lawrence Doctorow occupies a central position in the history of American literature. On a shortlist that might also include Philip Roth, Toni Morrison, John Updike, Saul Bellow, and Don DeLillo, E. L. Doctorow is generally considered to be among the most talented, ambitious, and admired novelists of the second half of the twentieth century. Long celebrated for his vivid evocations of nineteenth- and twentieth-century American life (particularly New York life), Doctorow has received the National Book Award, two National Book Critics Circle Awards, the PEN/Faulkner Award, the Edith Wharton Citation for Fiction, the William Dean Howell Medal of the American Academy of Arts and Letters, and the presidentially conferred National Humanities Medal.
Doctorow was born in New York City on January 6, 1931, and, like the novelist Everett in City of God, attended the Bronx High School of Science. After graduating with honors from Kenyon College in 1952, he did graduate work at Columbia University and served in the U.S. Army, which stationed him in Germany. In 1954, he married Helen Setzer. They have three children. Doctorow was senior editor for New American Library from 1959 to 1964 and then served as editor in chief at Dial Press until 1969. Since then, he has devoted his time to writing and teaching. He holds the Glucksman Chair in American Letters at New York University and over the years has taught at several institutions, including Yale University Drama School, Princeton University, Sarah Lawrence College, and the University of California, Irvine.
With The Book of Daniel, his third novel, Doctorow emerged as an important American novelist with a strongly political bent. A fictional retelling of the notorious Rosenberg spy case, the novel deftly evokes the complex anxieties of Cold War America, shuttling back and forth in time from the 1950s, when Paul and Roselle Isaacson are convicted and electrocuted, to the late 1960s, when their troubled son, Daniel, a grad student at Columbia, must deal with the consequences of his unusual birthright. The Book of Daniel was adapted in 1983 into the film, Daniel, starring Timothy Hutton and directed by Sidney Lumet. Four years after The Book of Daniel came Ragtime, a dazzling reimagining of the United States at the dawn of the twentieth century by means of a plot that, like City of God, ingeniously brings together real-life figures—such as Henry Ford, J. P. Morgan, Harry Houdini, and Emma Goldman—with an array of invented characters. Ragtime was named one of the 100 best English-language novels of the twentieth century by the editorial board of the Modern Library and was adapted into a successful Broadway musical in 1998. The March was published in 2005.
Widely acclaimed for the beauty of his prose, his innovative narratives, his feel for atmospherics, and above all for his talent for evoking the past in a way that makes it at once mysterious and familiar, Doctorow has created one of the most substantial bodies of work of any living American writer.
No categories:

Get site updates @:
See as well
E.L. Doctorow
U.S. novelist Writing is the only socially acceptable form of schizophrenia. www.english-slang.com
English Idioms
If you look up the word idiom in Webster, you will be given the following definition:Idiom is an expression whose meaning is not predictable from the usual meanings of its […] Articlews.com

Why Do People Study Abroad In The US
Studying In The US Can Change Your Life Forever Even despite the fact that some people don't understand the necessity to study abroad, there are still a lot of students […] www.english-slang.com

an expression "whose meaning is not predictable from the usual meanings of its constituent elements… or from the general grammatical rules of a language"
Recent updates
Idioms to Learn Today
Flashcard learning set.Check yourself now!Try flashcard test by definitions or by descriptions.Set includes the following  […]
lowdown
[lowdown] {n.}, {slang}, {informal} The inside facts of a matter; the total truth. * /Nixon never gave the American people  […]
narrow-minded
[narrow-minded] {adj. phr.} Limited in outlook; resistant to new ideas; bigoted. * /He is generally very open about  […]
The Internet TESL Journal
For Teachers of English as a Second Language An Internet periodical devoted to English language teaching. However it will be  […]
Shelley Winters
(1920--) U.S. actress Where do you go to get anorexia?
makeup
[makeup] {n.} (stress on "make") 1. Cosmetics. * /All the actors and actresses put on a lot of makeup./ 2. Attributive  […]
on one's account
[on one's account] {adv. phr.} For your good; because you want to help or please someone. * /Barry studied hard on his  […]
Albert Einstein
The only real valuable thing is intuition.