The idiom you are looking for is not listed?

This section contains the expressions or idioms suggested by our visitors to be explained/discussed further.

Please post expressions of your interest using the comments form below (at the end) on this page.

However before you do, please try to find the idiom on this site using the search form.

Want to learn more on idioms?


10 Commonly Used Expressions
Find out more on the origins of:
[throw the baby out with the bath water]
[bark up the wrong tree]
[tie the knot]
[dead ringer]
[frog in one's throat]
[bite the bullet]
[bring home the bacon]
[break a leg]
[bury the hatchet]
[a square meal]
[…]

as it comes
[as it comes]
1. As is.
Reese takes life as it comes.
2.  {adv. phr.}
Instinctively, by intuition.
I write as it comes to me. I often don't know exactly what I think until I see it on paper. 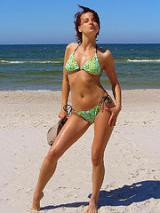 [attention whore]  {n. phr.}  {informal}
Label given to any person who craves attention to such an extent that they will do anything to receive it. The type of attention (negative or positive) does not matter.
You're such a GD attention whore!
See  […]

ba-donka-donk
[ba-donka-donk] or [badonkadonk]  {n.}  {ebonic}
An extremely curvaceous female behind.
Women who possess this feature usually have a small waist that violently explodes into round and juicy posterior (e.g., 34c, 24, 38). Other characteristics would be  […]

bank-bill
[bank-bill]  {n. phr.}
A bank-note.
Neither Johnson nor the other lexicographers have the term bank-note, though they all have bank-bill, which Johnson defines, "a note for money laid up in a bank, at the sight of which the money is paid."
In the  […]

break a leg
[break a leg]  {v. phr.}
Is said to actors for good luck before they go on stage, especially on an opening nights.
One of the interpretaions of "break a leg" is wishing to "make a strenuous effort".

chinwag
[chinwag] or [chin-wag]  {n.}
Chat, conversation. To have a chin wag is to have a gossip or a wide-ranging conversation on some mutually interesting subject.
Few things in life are better than a good chin-wag over a cup of tea

corn hustler
[corn hustler]
What is the meaning of this expression?
There is Tom and Jerry cartoon where Tom is insulted by being called a corn hustler.

an expression "whose meaning is not predictable from the usual meanings of its constituent elements… or from the general grammatical rules of a language"
Recent updates
BBS
[BBS] "Be back soon", or "bulletin board system/service"
Don Addis
(1935--) U.S. editorial cartoonist Never play cat and mouse games if you're a mouse.
Listen to English - learn English!
The podcast website for people learning English The podcasts on this site will help you to improve your English vocabulary and  […]
Idioms to Learn Today
Learn/refresh your knowledge against this set!Then check yourself by running flashcard test by definitions or by descriptions.
charge something to something
[charge something to something] {v.} 1. To place the blame on; make responsible for. * /John failed to win a prize, but he  […]
pull up
[pull up] {v.} 1. To check the forward motion of; halt; stop. * /He pulled up his horse at the gate./ 2. To tell (someone)  […]
drown one's sorrows
[drown one's sorrows] or [drown one's troubles] {v. phr.}, {informal} To drink liquor to try to forget something unhappy. *  […]
mile markers
[mile markers] {n.}, {slang}, {citizen's band radio jargon} Small signs along interstate highways usually bearing a number.  […]