hold good  {v.}
1. To continue to be good; last.
The coupon on the cereal box offered a free toy, but the offer held good only till the end of the year.
Attendance at the basketball games held good all winter.
2. To continue; endure: last.
The demand for new houses held good all that year.
The agreement between the schools held good for three years.
See: HOLD TRUE.
Categories:verb
Source: A Dictionary of American Idioms

hold on  {v.}
1. To keep holding tightly; continue to hold strongly.
As Ted was pulling on the rope, it began to slip and Earl cried, "Hold on, Ted!"
Syn.: HANG ON.
2. To wait and not hang up a telephone; keep a phone for later use.
Mr. Jones asked me to hold on while he spoke to his secretary.
3. To keep on with a business or job in spite of difficulties.
It was hard to keep the store going during the depression, but Max held on and at last met with success.
4.  {informal}
To wait a minute; stop. — Usually used as a command.
"Hold on!" John's father said, "I want the car tonight."
Categories:informal verb
Source: A Dictionary of American Idioms

hold off  {v.}
1a. To refuse to let (someone) become friendly.
The president's high rank and chilly manner held people off.
Compare: KEEP AT A DISTANCE.
1b. To be rather shy or unfriendly.
Perkins was a scholarly man who held off from people.
Compare: KEEP AT A DISTANCE.
2. To keep away by fighting; oppose by force.
The man locked himself in the house and held off the police for an hour.
3. To wait before (doing something); postpone; delay.
Jack held off paying for the television set until the dealer fixed it.
Mr. Smith held off from building while interest rates were high.
Categories:hold verb
Source: A Dictionary of American Idioms 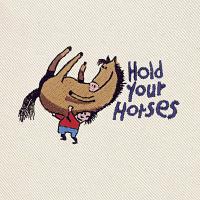 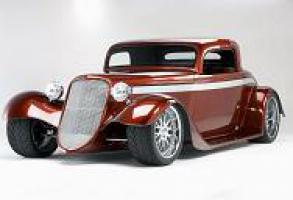 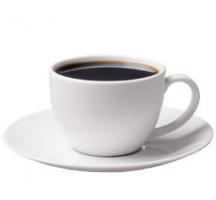 in the least  {adv. phr.}
Even a little; in any degree or amount. — Used in negative, interrogative, and conditional sentences.
Sue did not understand physics in the least.
Are you in the least interested in sewing?
Mother won't be upset if you come for supper; I'll be surprised if she cares in the least.
Mike was not upset in the least by the storm.
It is no trouble to help you. Not in the least.
Compare: AT ALL.
Categories:adverb
Source: A Dictionary of American Idioms

in the mood (for)

in the spotlight  {adv. phr.}
In the center of attention, with everybody watching what one is doing.
It must be difficult for the President to be in the spotlight wherever he goes.
Compare: IN THE LIMELIGHT.
Categories:adverb
Source: A Dictionary of American Idioms

in the works  {adv.} or  {adj. phr.}
In preparation; being planned or worked on; in progress.
John was told that the paving of his street was in the works.
It was reported that the playwright had a new play in the works.
The manager told the employees that a raise in wages was in the works.
Compare: UNDER WAY.
Categories:adjective adverb
Source: A Dictionary of American Idioms

an expression "whose meaning is not predictable from the usual meanings of its constituent elements… or from the general grammatical rules of a language"
Recent updates
hold one's breath
[hold one's breath] {v. phr.} 1. To stop breathing for a moment when you are excited or nervous. * /The race was so close  […]
stick to one's ribs
[stick to one's ribs] or [stick to the ribs] {v. phr.}, {informal} To keep you from getting hungry again too quickly. *  […]
Marcus Tullius Cicero
(160-43 B.C.), Roman philosopher No sane man will dance.
BFN
[BFN] "Bye for now"
BBS
[BBS] "Be back soon", or "bulletin board system/service"
Don Addis
(1935--) U.S. editorial cartoonist Never play cat and mouse games if you're a mouse.
Listen to English - learn English!
The podcast website for people learning English The podcasts on this site will help you to improve your English vocabulary and  […]
Idioms to Learn Today
Learn/refresh your knowledge against this set!Then check yourself by running flashcard test by definitions or by descriptions.