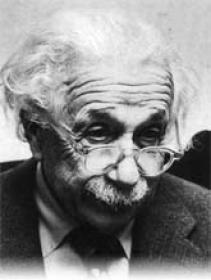 In our endeavour to understand reality we are somewhat like a man trying to understand the mechanism of a closed watch. He sees the face and the moving hands, even hears the ticking, but he has no way of opening the case. If he is ingenious he may form some picture of a mechanism which could be responsible for all the things he observes, but he may never be quite sure his picture is the only one which could explain his observations. He will never be able to compare his picture with the real mechanism and he cannot even imagine the possibility of the meaning of such a comparison.
No categories:

an expression "whose meaning is not predictable from the usual meanings of its constituent elements… or from the general grammatical rules of a language"
Recent updates:
good evening
[good evening] {interj.} Hello or goodbye. - Used as a formal greeting or salute when you meet or leave someone in the  […]
in private
[in private] {adj.} or {adv. phr.} Not openly or in public; apart from others; confidentially; secretly. * /Mr. Jones waited  […]
Bill Gates
"Sometimes we do get taken by surprise. For example, when the Internet came along, we had it as a fifth or sixth priority."  […]
bottom drop out
[bottom drop out] or [bottom fall out] {v. phr.} {informal} 1. To fall below an earlier lowest price. * /The bottom dropped  […]
close the books
[close the books] {v. phr.} To stop taking orders; end a bookkeeping period. * /The tickets were all sold, so the manager  […]
Ogden Nash
(1902-1971), "Frailty, Thy Name Is A Misnomer," Good Intentions Women would rather be right than be reasonable.