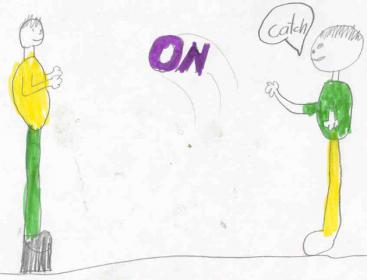 .
catch on  {v.},  {informal}
1. To understand; learn about. — Often used with "to".
You'll catch on to the job after you've been here awhile.
Don't play any tricks on Joe. When he catches on, he will beat you.
2. To become popular; be done or used by many people.
The song caught on and was sung and played everywhere.
3. To be hired; get a job.
The ball player caught on with a big league team last year.
Categories: catch informal verb
Source: A Dictionary of American Idioms

'catch on' on video

an expression "whose meaning is not predictable from the usual meanings of its constituent elements… or from the general grammatical rules of a language"
Recent updates:
George Daacon
If absolute power corrupts absolutely, where does that leave God?
Xerox Subsidy
[Xerox Subsidy] Euphemism for swiping free photocopies from one's workplace.
get the brush-off
[get the brush-off] {v. phr.}, {slang} 1. To be paid no attention; not be listened to or thought important. * /My idea for a  […]